Robert Schiftan, M.D. is a board certified neurologist licensed in both the states of Florida and New York. His comprehensive neurological services include the treatment of strokes, seizures, headaches and post-concussion syndrome.

Dr. Schiftan received his medical degree at Autonomous University of Guadalajara in 1981 and New York Medical College in 1982. He interned at Winthrop University Hospital and did his residency at Long Island Jewish Medical Center in New Hyde Park, New York. He is the former Chief of Staff at Pinecrest Rehabilitation Hospital. Dr. Schiftan’s professional affiliations include the American Medical Association, the American Academy of Neurology, the American Society of Neuroimaging and the American Association of Study of Headaches.

He has been the Principal investigator in many clinical test studies performed by pharmaceutical companies to test the efficacy, safety and tolerability of drugs including Topamax, Neurontin, and Citicoline. He was a sub-investigator for the clinical evaluation of extended release of oral physostigmine in the treatment of patients with dementia as well as a sub-investigator on the use and safety of room temperature stable hemoglobin-based oxygen carrier-201.

Dr. Schiftan specializes in the treatment of strokes, seizures and headaches and actively holds epilepsy clinics where he is the clinic director at the Epilepsy Foundation of Palm Beach County. He is actively on Stroke call with West Boca Medical Center and Boca Regional Hospital in Boca Raton Florida. He performs NCV/EMG testing on patients with decreased nerve function. 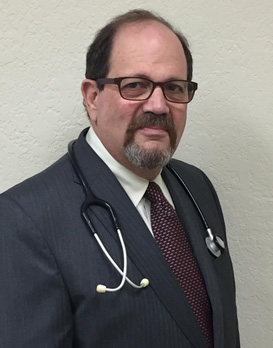